With the Vehicle Spy ECU simulator, you can create an entire network simulation with a few clicks, with or without scripting: 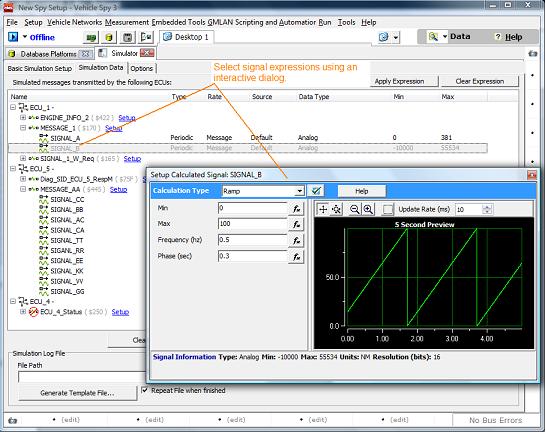 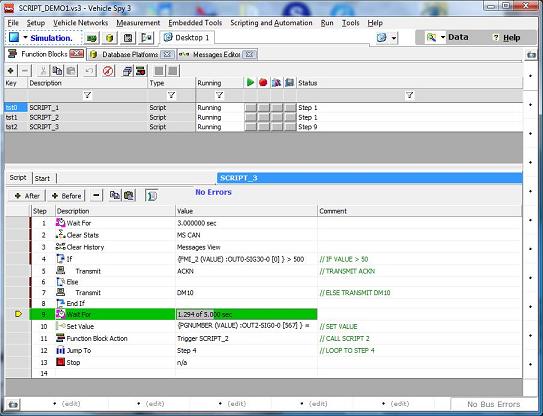 Function Blocks are a graphical approach to scripting, allowing you to easily select a list of actions from a set of options for each step. This simplified approach is ideal for those whose main technical focus is not programming. Function Blocks offer the same power as other scripting languages, but are easier to learn and apply. You can also download compiled Function Blocks into hardware like our vehicle network adapters or data loggers for standalone (PC-free) real-time operation.

Using CCP and XCP, you can measure and record ECU data and write values into ECU memory. Vehicle Spy’s CCP/XCP support includes the ability to calibrate ASAM (ASAP2) Values, Curves and Maps. In addition, import and export of calibration values is also supported.

Our data logging capable devices enable you to set up standalone CCP/XCP data logging jobs. Normal mode CAN traffic can also be logged at the same time as CCP/XCP data. All data is automatically time-aligned and timestamped with a real-time clock. 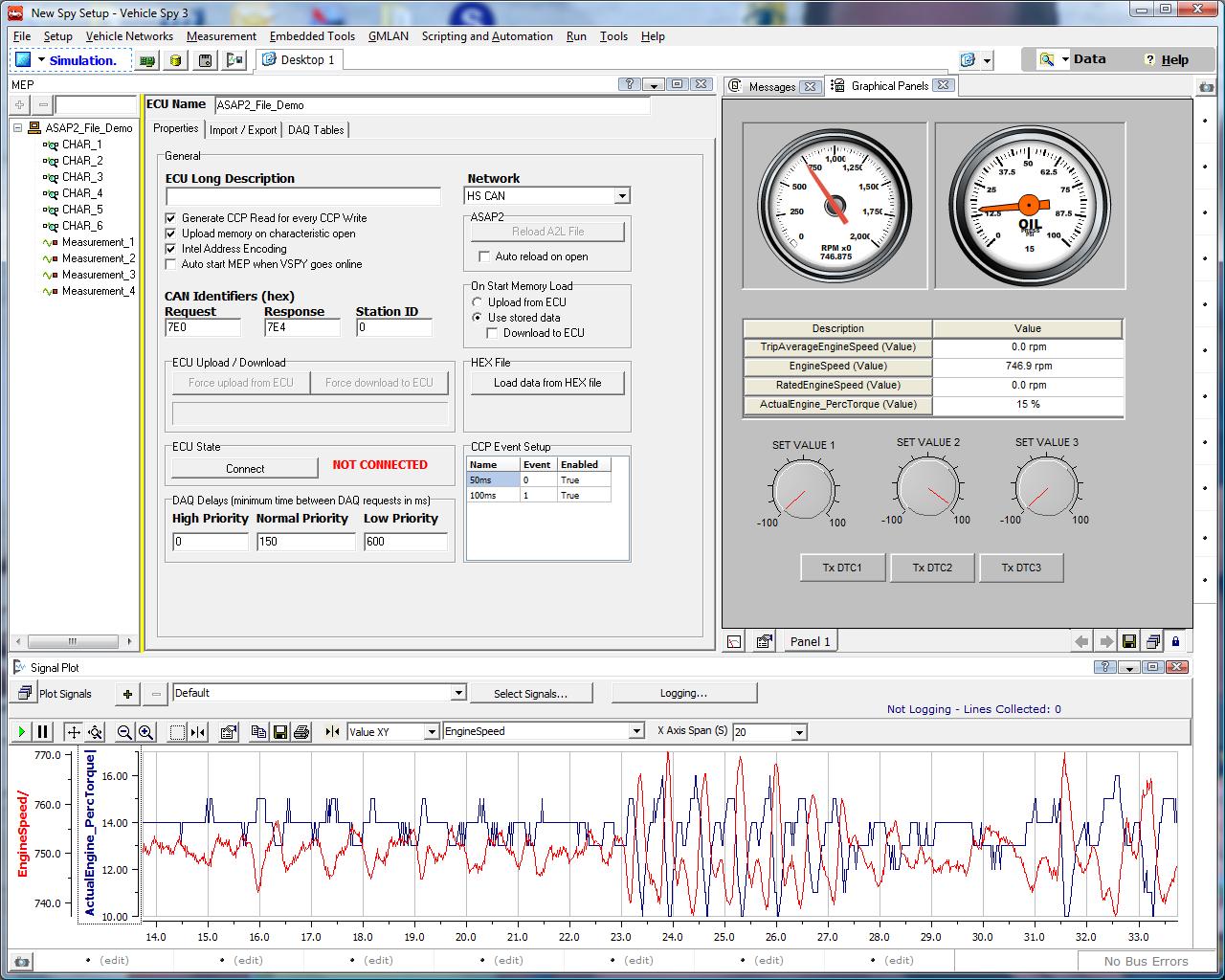 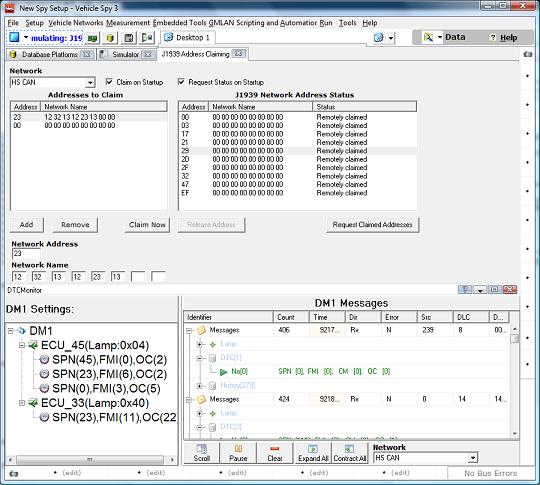 All of the following J1939 features are Included with Vehicle Spy at no additional charge:

Vehicle Spy has an Applications Programmers Interface (API) that enables
other programs to control its actions. This feature can be used by external programs on the same computer, or a
remote computer with a TCP/IP connection. Programs written in LabView, C++, C#, Visual Basic, MATLAB or other
Windows programs are supported. This capability is often used by test station or dynamometer software to take
advantage of Vehicle Spy’s capabilities.

The new interface
is self-documenting, with context-sensitive auto-fill to help you discover commands when you need them. The purpose of the Text API is to provide a simple text-based command set for Vehicle Spy 3 to allow third-party applications to take advantage of the power of Vehicle Spy without rewriting much code. You can easily write an object or function wrapper around the Text API.  Allow more convenient use in professional languages such as C#, Java, Visual Basic, LabVIEW, or C/C++.  The Text API could also exist as a simple macro language itself.

This allows the use of up to 64-byte CAN FD frames for transferring large blocks of
data, up to 4 GB. This is especially needed for flashing applications. 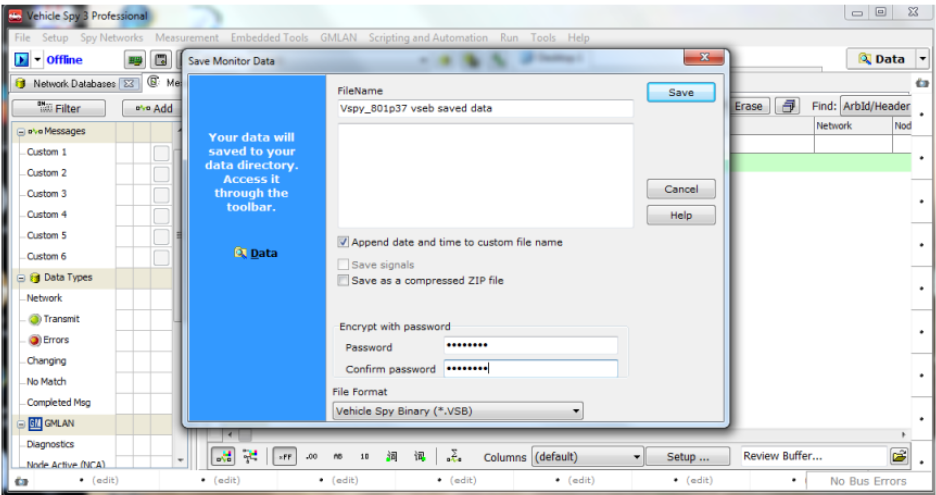 SoAD is an AUTOSAR
standard that is used to communicate and perform diagnostics with an Ethernet ECU. 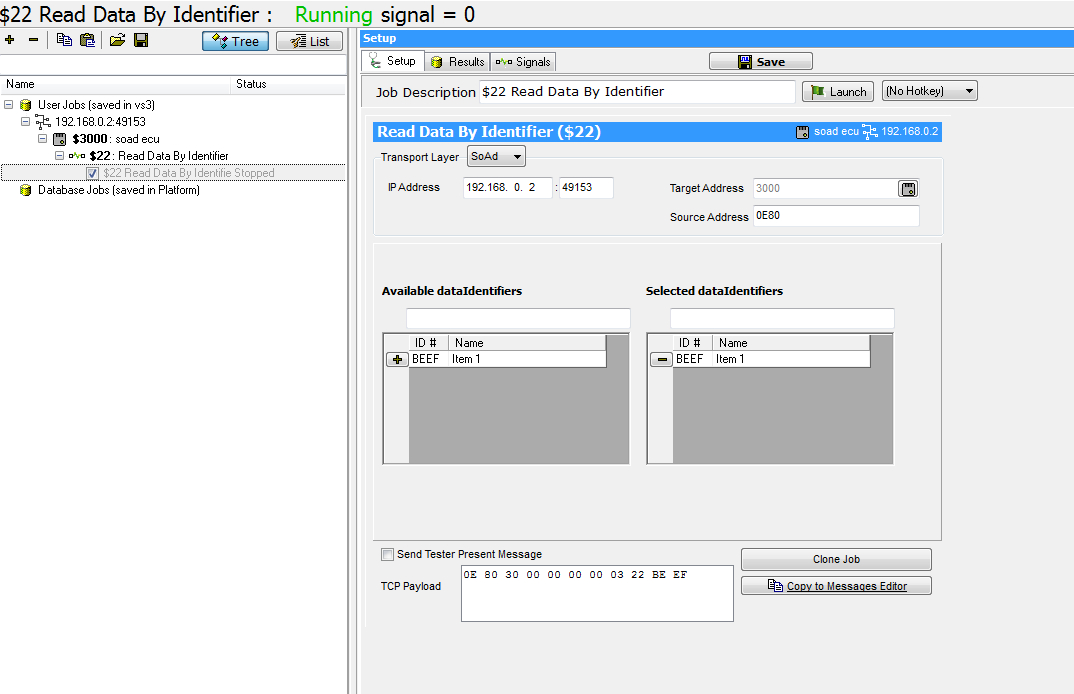 OTA and remote reflashing have become more prevalent as the need to update more often increases. We must update while
minimizing impact to the customer and the bottom line of the OEM. Take advantage of Intrepid’s advances in Over the
Air (OTA) and Remote Flashing of ECUs.