CAN Calibration Protocol CCP and XCP are standard protocols that define a method of communication between a tester (Vehicle Spy) and an ECU to edit the ECU’s memory and acquire data from the ECU’s memory. The CAN Calibration Protocol or CCP andXCP standards are defined by ASAM. CCP and XCP are often combined with ASAP2 file functionality. The ASAP2 file is a standard method of describing the memory in an ECU, for example where the the ECU’s data items are located, what types they are and the engineering unit scaling on the data items.

Vehicle Spy includes support for creating and reading ASAP2 files with our ASAP2 File creator (shown below), and objects necessary for editing an ECU’s memory. This includes a Value Editor, Curve Editor, and Map Editor. In addition, you can interact with your ECU through CCP with Vehicle Spy’s Java or Function block scripting. We also provide a CCP simulation based on our Java environment. 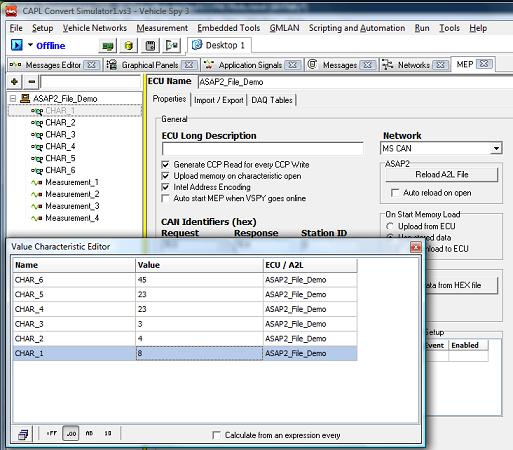 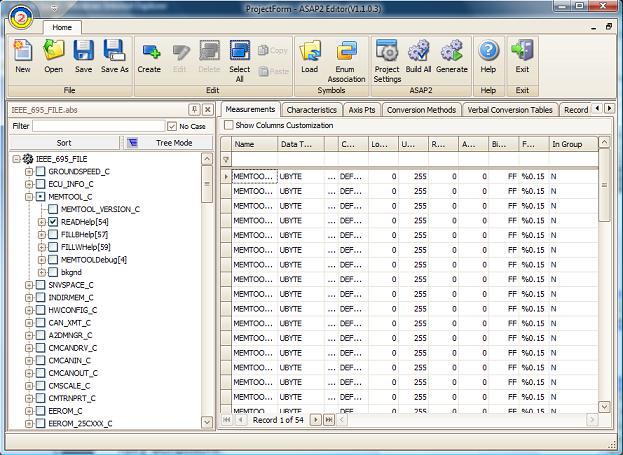 Find out more about CCP and XCP…